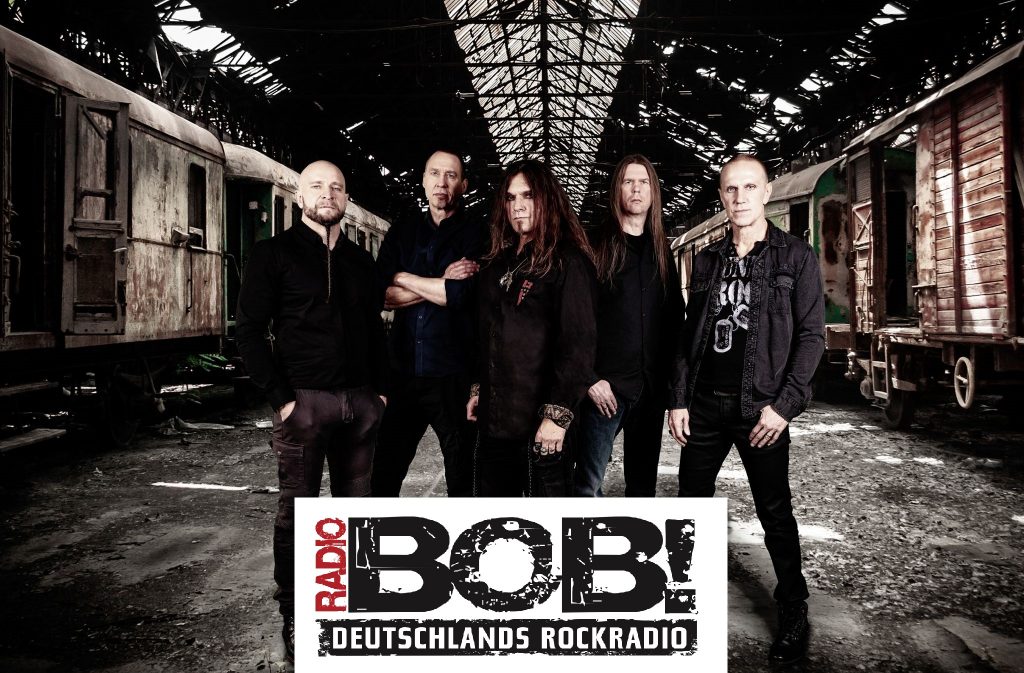 Nina Loges: I found out about something really great. For everyone from North Rhine-Westphalia, so that’s all of you who are listening right now. Events are happening again, you can finally go out and experience things again. And you can experience something amazing! In Münster, there is a rock opera called “Last Paradise Lost” at the Theater Münster. And I spoke to one of the makers [of the rock opera]: Andy Kuntz from the band Vanden Plas, who of course also take part in [the rock opera].

Andy Kuntz: It is […] a true rock opera. “True” because it is completely composed [comment by translator: which is one of the characteristic aspects that define a rock opera.] This means that all the dialogues of the various protagonists are accompanied by music and that the entire plot is carried out in 18 songs and scenes.

Nina Loges: Who is your rock opera for? Is it something for us [rock music fans who listen to Radio Bob]?

Andy Kuntz: The rock opera will certainly appeal to everyone who likes symphonic bombast rock or new rock or even traditional metal, even rock ballads and our piece will offer you great entertainment. You get an exciting, deep story. Cast with great singers, really great people. Some of them are international stars. Together with a classical opera choir, the Münster Symphony Orchestra. Nothing pre-recorded, everything is live and my rock band Vanden Plas will be there, too.

Nina Loges: Well, you convinced me. I think it’s super cool. I think you convinced the [Radio] Bob listeners, too. I only have 2 practical questions before we finish this interview. Do you have to dress up smartly when you go there?

Andy Kuntz: Not at all. No.

Nina Loges: Can you also drink beer? Or do you have to have the champagne reception …

Andy Kuntz: No, you can […] you even have to drink beer. (laughs) It’s really like that. A lot of our fans are coming to see the rock opera, too. [They are] from the surrounding European countries: they come from France, from the Netherlands. And we also cultivated that a bit in the theater. The theaters are now so modern that they get involved in something like that. They already know what they’re buying. They know us. It’s not like a cat in the bag, they know exactly what they’re getting. They are aware of this and they want to break that, too. They already know that we, rock musicians, can also behave (laughs). Of course, they are also proud of it and they think it’s cool. I mean, there are also cool styles [that] are a mixture of a elegance and … Of course, rock fans put on their best outfits when they go out. It’s just different than wearing suit and tie.

Nina Loges: If you got hooked as well now, then go check out the show! There are still tickets for the performances in February at the Theater Münster. On February 15 to be exact. The rock opera “Last Paradise Lost” made by music fans for music fans. You can get more information on the homepage of the theater or on the Vanden Plas band website.