Release of “Live & Immortal” on August 5 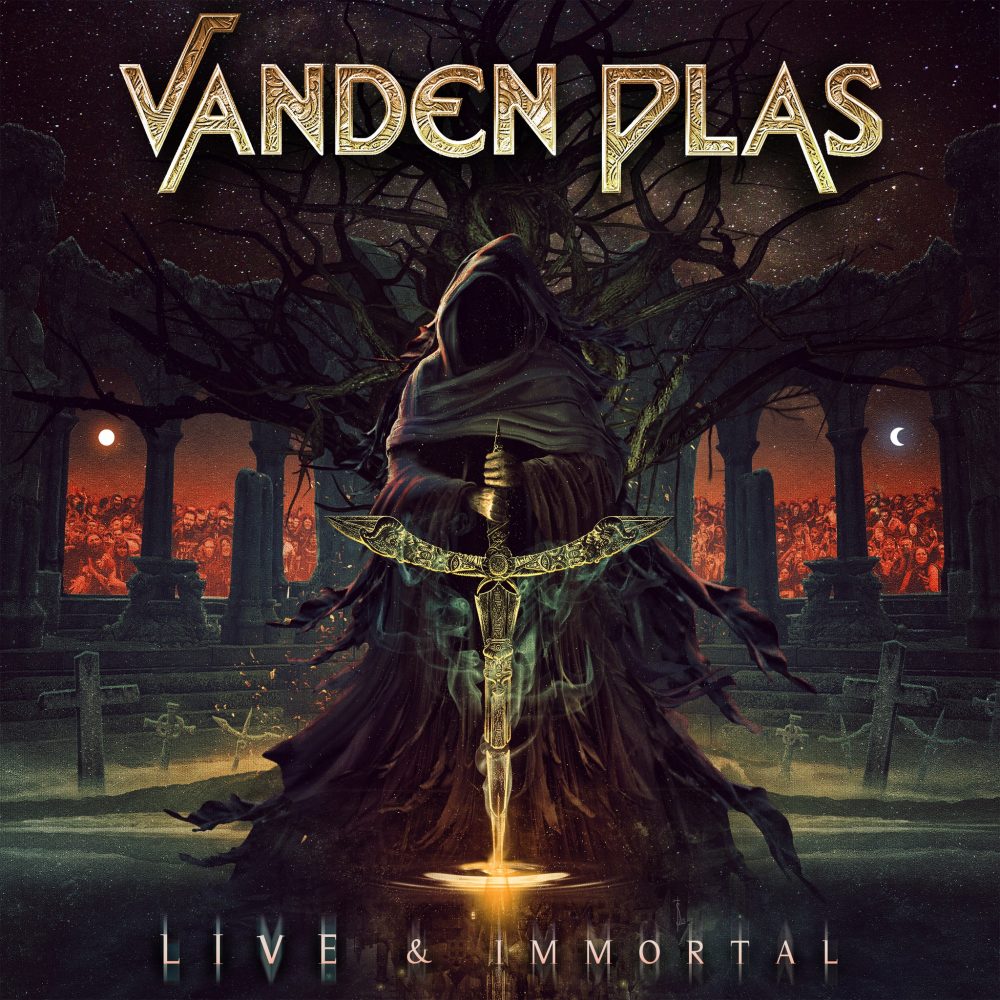 We are pleased to announce the forthcoming release of a very special live album/long-form video on August 5, 2022. Enjoy a sample of the performance with the release of the live video for ‘Godmaker’ HERE: https://youtu.be/r9l6gqa4dKQ

“Live & Immortal” is a special addition to the storied catalog of Vanden Plas as, aside from the “The Seraphic Live Works”, a live recording of their revered 70 minute performance at Progpower USA 2011, it is the band’s first complete show to be released on long-form video.

Recorded December 30, 2016 in their hometown of Kaiserslautern, Germany, Vanden Plas put forth an epic performance in front of an enthusiastic crowd. The bulk of the setlist is based on the two “Chronicles Of The Immortals” albums (2013 and 2014, respectively) and additionally, includes tracks that have never been played live before, like the atmospheric “Scarlet Flower Fields” and “The Final Murder”, which reveals itself to be a captivating 11 minute monster. Fans can also expect all-time favorites from the band’s repertoire like “Holes In The Sky”, “Iodic Rain”, “Postcard To God”, and “Christ 0”.

Recorded, mixed, and mastered by the long-time Vanden Plas sound engineer Markus Teske at Bazement Studios, “Live & Immortal”, delivers a clear, powerful sound which brings the live feeling through the speakers straight into your eagerly awaiting ears. Oliver Barth, who worked with the band on their music videos for “Stone Roses Edge” and “When The World Is Falling Down”, filmed the show. Editing was done by Björn Widmann and Andreas Lill.

Fans who have seen Vanden Plas perform live know what they can expect out the band on stage: a powerful and energetic show, paired with a skillful, empathic musicianship. And for those who haven’t had the chance to see the quintet yet, now is the time to enjoy a Vanden Plas appearance live in your home!